9 Things You Need to Know About Beech Wood

Home/Opinion, Species/9 Things You Need to Know About Beech Wood

9 Things You Need to Know About Beech Wood

Did you know a beech tree’s flowers, nuts and leaves are edible?

As of 2016, the most famous beech trees in the world – or certainly the most photographed – are the ones lining Dark Hedges in Ballymoney, Ireland. The reason? The avenue was used as the setting for the Kingsroad in HBO’s Game of Thrones (pictured above), a TV show watched by nearly 17.4 million people worldwide.

Widely used but comparatively little known, wood from the common beech tree holds many, many properties and possible uses. To see it in such plentiful supply yet having it be cut down for firewood strikes us as wrong. While not the noblest of woods, beech’s value lies in its versatility behind the scenes.

Timber merchants in Sussex, WL West & Sons Ltd work with all types of common and exotic woods, but Beech is special to us. To celebrate, here are nine facts about this unsung hero. In Celtic mythology, a Beech woodland and the actual tree were associated with femininity and is usually considered the queen of British trees, where oak is the king. The Celtic god Fagus even gave the European species his name: fagus sylvatica. Forked beech branches were also said to be best for divining (or water-finding).

There are times in history when Beech was credited as a particularly beneficial or ‘special’ plant. The thin, unmarred beech bark was often used by Indo-European people when writing works for religious purposes; in fact, the word ‘book’ originates from the Old Norse bók, which in its primary sense meant ‘beech’. The German word for ‘book’ is Buch, with Buche meaning ‘beech tree’.

Meanwhile, in his Naturalis Historia, the natural philosopher Pliny the Elder noted that it was beechnut that saved the people of Chios from starvation during a siege:

“(…) there are considerable modifications in the flavour of their fruit. That of the beech is the sweetest of all; so much so, that, according to Cornelius Alexander, the people of the city of Chios, when besieged, supported themselves wholly on mast.”

At a time where medicine was often associated with divine influence, beech leaves were also thought to hold certain medicinal properties and were boiled to make anti-inflammatory poultices to relieve swelling. To this day, beech flowers are used in homoeopathic practices such as Bach Flower Remedies.

8. A Hardwood With a Delicate Bark Despite having bark so thin and delicate that carving one’s initials in it will permanently scar the tree, Beech is a type of hardwood.

Hard, yet bendable and easily split with a straight grain, the timber yielded from fagus sylvatica (widely found across Europe, although Asia holds its own subgenera) is tough and heavy, which makes it hard to use with hand tools. It is widely used for joinery and carpentry engineering purposes, such as for carcase construction and furniture framing.

Although rarely used for aesthetic purposes, it does heavily feature in the framing and interior of some forms of architecture such as chalets and log houses.

Please note: Beechwood is excellent for structural woodwork and wears well. However, this does not mean durable: once cut, beech cannot resist outdoor elements or changes in moisture. This makes it unsuitable for outdoor and external use.

Squirrels need to perform a whole routine of acrobatics to eat their favoured beechnuts.

While the tender spring leaves of the tree are a sophisticated addition to salads, the fruit of fagus sylvatica, known as beechnuts or “mast”, are also perfectly edible, although the nutty taste is usually quite bitter. They have a high enough fat content that they can be pressed for edible oil.

There are testimonials written during the Second World War of French citizens and restaurants roasting mast as a coffee substitute. The resulting ersatz ‘coffee’ reportedly tasted even more bitter than the original stuff! Beechwood chips are necessary to some methods of beer production.

Budweiser notoriously uses beechwood lagering, where beechwood chips populate the bottom of fermentation tanks to prevent autolysis (the destruction of a cell by its own enzymes) and give the yeast more suspension time and surface area to rest on. The process is important for the lagering process rather than taste: the chips are even soaked for several hours in baking soda to prevent any flavour contamination.

Manufacturers of German smoked beer also burn logs of beech wood to dry the malt used in their products, giving them their typical flavour. Beech firewood drying out in the sun.

Beech timber makes excellent firewood. It splits easily and burns extremely well for hours, producing bright and calm flames. (As sustainably-minded timber merchants in Sussex and attached to various ecological organisations, WL West & Sons Ltd think this is a shame. Instead, we recommend that woodworkers vary the species they use as much as possible and use some timber like Oak economically.)

Traditionally, beechwood is used to smoke herring and various charcuterie and dairy products in German and French cuisine. The resulting soot is so dark it is used to produce the bistre pigment.

4. Beech Hedges Are Easy To Maintain Beech hedge in autumn, still sporting some of its deep green foliage.

As semi-evergreens, if lightly pruned in August a beech hedge plant will not shed its leaves but instead retains its foliage for the majority of the winter, creating a thick screen that provides a great habitat for birds. As with all trees, a number of pathogens remain a threat to beeches.

Particular common is root rot, caused by a variety of fungal pathogens, such as Phytophthora or Meripilus giganteus.

Other blights include parasites such as sap-sucking scale insects Cryptococcus fagisuga, or even bark stripping by grey squirrels.

2. Beech Is Used Everywhere… But You Don’t Often See It 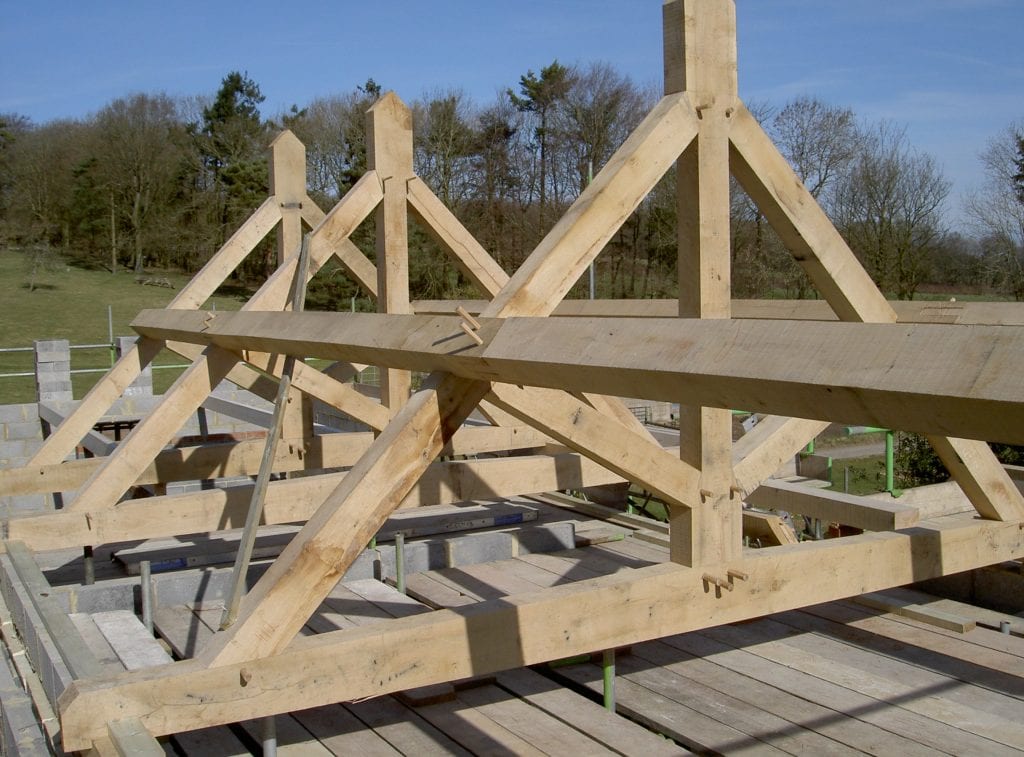 A very hard and straight-grained wood, beech is often used in the making of furniture, cabinetry, cooking utensils, tool handles, plywood and sports equipment. Even musical instruments: used for piano pin-blocks and drum manufacturing, beech holds a tone between maple and birch.

The thing is, it’s often most useful where you can’t see it: chair and table legs, drawer bottoms, sides and backs of cabinets… Joiners know how to use its strength and pliability for projects that involve more expensive and delicate woods.

A pigment called bistre of a very dark greyish brown is made from beechwood soot. One of the main advantages of Beech aside from toughness and versatility is its great value and overall low price.

One of the reasons for this great value is sourcing: fagus sylvatica grows all across Europe and depending on soil conditions can grow to very large sizes, capable of reaching heights of up to 50m (160 ft). The resulting timber is long and wide and therefore prized.

Because it is often used in combination with more expensive woods, beech is extremely common, which helps to keep it one of the most inexpensive hardwoods available.

WL West & Sons is a timber merchant and sawmill business with 150 years of experience. We provide timber products and supplies as well as build and install custom projects for our customers.

Shop ‘Til You Drop – Our Woodwork Enthusiasts’ Shop Is BACK OPEN

About the Author: Elise Humphreys